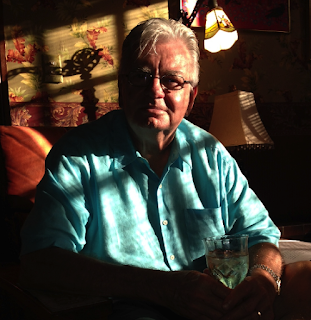 I found this article on Yahoo last week and it made so much sense.  With people seeming to wake up in a bad mood or coming into work feeling like everyday is Monday.   I felt this should be passed on to my friends.  So this is a gift for all us.


Habits That Will Make You Happier

Happiness is the only true measure of personal success. Making other people happy is the highest expression of success, but it's almost impossible to make others happy if you're not happy yourself. With that in mind, here are nine small changes that you can make to your daily routine that, if you're like most people, will immediately increase the amount of happiness in your life: 1. Start each day with expectation. If there's any big truth about life, it's that it usually lives up to (or down to) your expectations. Therefore, when you rise from bed, make your first thought: "something wonderful is going to happen today." Guess what? You're probably right.2. Take time to plan and prioritize. The most common source of stress is the perception that you've got too much work to do. Rather than obsess about it, pick one thing that, if you get it done today, will move you closer to your highest goal and purpose in life. Then do that first. 3. Give a gift to everyone you meet. I'm not talking about a formal, wrapped-up present. Your gift can be your smile, a word of thanks or encouragement, a gesture of politeness, even a friendly nod. And never pass beggars without leaving them something. Peace of mind is worth the spare change. 4. Deflect partisan conversations. Arguments about politics and religion never have a "right" answer but they definitely get people all riled up over things they can't control. When such topics surface, bow out by saying something like: "Thinking about that stuff makes my head hurt." 5. Assume people have good intentions. Since you can't read minds, you don't really know the "why" behind the "what" that people do. Imputing evil motives to other people's weird behaviors adds extra misery to life, while assuming good intentions leaves you open to reconciliation. 6. Eat high quality food slowly. Sometimes we can't avoid scarfing something quick to keep us up and running. Even so, at least once a day try to eat something really delicious, like a small chunk of fine cheese or an imported chocolate. Focus on it; taste it; savor it.7. Let go of your results. The big enemy of happiness is worry, which comes from focusing on events that are outside your control. Once you've taken action, there's usually nothing more you can do. Focus on the job at hand rather than some weird fantasy of what might happen. 8. Turn off "background" TV. Many households leave their TVs on as "background noise" while they're doing other things. The entire point of broadcast TV is to make you dissatisfied with your life so that you'll buy more stuff. Why subliminally program yourself to be a mindless consumer? 9. End each day with gratitude. Just before you go to bed, write down at least one wonderful thing that happened. It might be something as small as a making a child laugh or something as huge as a million dollar deal. Whatever it is, be grateful for that day because it will never come again 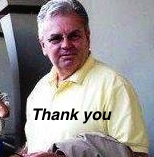 Posted by syfogin with shakespeare bloom, at 4:56 PM No comments: